Asusual Virat kohli has no luck in toss. Kane Williamson won the toss and elected to field first in World Test championship final at Southampton.

1st innings:
First day of the play has been washed out due to heavy rain in Southampton.

First innings play has been started in the second day, Solid start by Openers Rohit sharma and Shubman Gill laid the good platform for indian team. But once newzealand seamers got the wicket of Rohit, tempo of the batting order went little bit of lack.

Still Virat is finding his top form he got out on Jamieson’s superb delivery for 44, Rahane is the leading run scorer in WTC tournament for india and also he’s the highest run scorer in this test match with 49 & 15. Other than the top order other batsmen’s failed to capitalize it and Indian team has been bundled out for 217.
Same as Indian team Newzealand opening partnership is better than that of Indian side. England series hero Devon Conway got out to 54 runs while kane built an anchoring innings and got out for 49 runs of Ishant’s delivery.
Shami is the pick of the bowlers with 4/76. Other than bumrah all other bowlers got wickets. The major difference is Bumrah I feel he failed to find his rhythm in this important match.

A Reserve day has been granted already for this final.
I felt that this match will be defined in 5th and 6th day.
It’s really heartbreaking for the Indian cricket fans most of them expected the match will be an draw or an washed out . But newzealand fast bowlers had other plans by removing the middle order and tail end in minimum intervals to secure a comfortable win Even though Rishabh Pant & Jadeja survived & impressed a bit but that wouldn’t be enough.

I think the team management has decided to go for a kill on the final day. You may be able to see the hurry in scoring runs in Virat, Pujara, Pant & Ravi Ashwin. But the plan will not work in front of one of the deadliest bowling attacks in the world cricket right now. 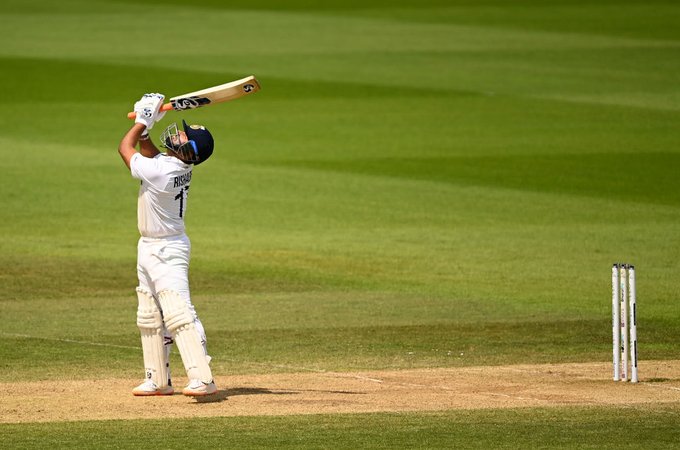 Once I saw India will go on a big fight when kane Williamson got out but suddenly he revives then kane steady the ship by anchoring his innings also and on the other side Ross Taylor smacks so many boundaries to win the first ever World Test Championship.

Ashwin got some right lengths and slightly troubled Ross Taylor. Ravi Ashwin is the leading wicket taker in this test championship.
But other than Ashwin no other bowler got wickets in 2nd innings.

Cheteshwar Pujara missed an easy slip catch of Ross Taylor in bumrah’s over when the score was 89 for 2, then he make use of the opportunity to help Kane to chase the score very easily.

Quick fire runs by Jamieson’s and Trent Boult will be an major difference.
Lack of form from Pujara and wicketless by our major bowler Jasprit Bumrah will be a big difference in this hard fought test match.

Indian team needs to learn something from newzealand.

Wicket taker will be must for an side.
Tail enders need to survive at least for an hour to score some quick fire runs.
I don’t know why is it so hard for tail enders to bat and survive atleast an hour or half. So they didnt have the time to concentrate on their batting even in some leisure times on the training session.
Just take the case in this match, the vital runs scored by Trent Boult & Kyle Jamieson’s will be biggest advantage for nz
A Batsmen’s which will be on the other side to anchor the innings and rotate strike as much as possible.

Even though Sourav ganguly hits a ton on that champions trophy match.

After that Newzealand found it difficult to win the ICC tournament finals especially the last two times where they came closer unfortunately missed to lift the trophy.

Missed to be a 50-over champions two years ago in the same country in a nail biting match, but winning the inaugural World test Championship in some grand style.

Finally nz lift the mace for the first time ever…

After two decades they have won the ICC trophy in a grand manner.

Test cricket – undisputedly the game’s greatest format we all know

The good sign is, In the last 7 ICC tournaments we had seen different winners.

This site uses Akismet to reduce spam. Learn how your comment data is processed.